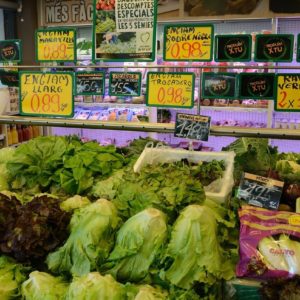 Enjoy Eating Good Foods Like This Instead Of That Bag Of Chips.

The Bladderwrack Sea Moss will reduce your appetite as well as loosen up your bowels and began to rid itself of mucus. Sounds like your body is cleaning itself out. Keep in mind that Bladderwrack has 92 of the 102 minerals that your body needs to build healthy cells. The Green Food Power is providing additional nutrients. Most of the food on the market has been stripped down and the minerals have been removed so when we eat it we’re only eating it for the taste.  And with most of today’s food being heavily processed and modified. It really has no nutritional value and for a lot of people it leaves them constantly hungry because they think that they are eating food that is nutritious and providing them with energy when with today’s food it is the opposite. It is robbing their bodies of energy and has no nutritional value at all. We have been taught through the TV shows, commercial that we watch and throughout of lives to eat for taste and not for the nutrients or nutritional value that the food is suppose to provide. This is why when you see many people who are fat or morbidly obese we look at them and think that they big from eating a lot of food. But in fact they are big because the food they have been eating doesn’t have the nutrients their bodies need to satisfy them to build healthy cells. So their bodies have a hard time digesting the non nutritious foods they have eaten and stores it as fat. And their brain is constantly sending them and many other ( skinny ) people signal that they are hungry and is looking to be fed a foods with the minerals and nutrients that it needs in order to maintain itself. And also with all the chemical and preservatives that are in today’s processed foods most people are addicted to the chemicals and don’t even know and they oftentimes can’t stop eating a certain food because of chemicals used to make their food taste a certain way. For instance making a potato chips taste like a hot wing or their favorite ice cream to taste like chocolate chip cookies.

You will find Quinoa to be full of nutrients.here is a link to a great source to purchase Quinoa: https://earthshiftproducts.com/Catalog/food/nuts-seeds-grains/quinoa/Quinoa-Tricolor-Organic-5-lb